Pagina 73
We were to be ready for the most realistically run ( usually in the move by two o'
clock . ... Moving seven hundred people , spoke perfect German , good French
together with their beds , cases , cupand Spanish , as well as fluent Russian ...
Pagina 74
In the evening , just as baiting , ' and by the evening we were they were about to
move off , the airsafely installed and so cut off from raid sirens went , which meant
that the scene of our past activities . the Landwache - German Home Guard Ten ...
Pagina 436
given in , and when a beaten stag gives said Peter to himself , and managed to in
he does so absolutely and utterly . shut the door with the stag inside , But after a
while he struggled to his His first move was to go to the farm feet , slipping a ... 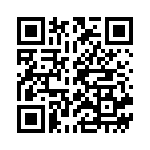