Pagina 295
... advancing upon Edinburgh , and all along the frontier , parties of militia , volunteers , and partisans , were in arms to suppress insurrec tion , and apprehend such stragglers from the Highland army as had been left in England .
Pagina 302
Mrs Nosebag addressed him with something which , if not an oath , sounded very like one , and commanded him to attend to his duty " You be d - d for a commenced the gallant cavalier ; but , looking up in order to suit the ac99 2 tion to ...
Pagina 355
tion , which savoured of danger to be apprehended ; but he could not now draw back . Convinced he might trust this man , as he could make it his interest to be faithful , Edward communicated his present situation and future schemes to ... 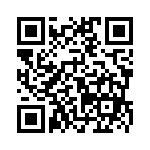