Pagina 106
Of all the proceeded toward the house , to the interinterlocutors , however , perhaps Mr. Proctor view which , to use sentimental language , was was the one who had least succeeded in his to decide his fate .
Pagina 381
Finally , Herr for Prussia , enough , at least , to convince her von Bismark gratified to the quick the na- detrated the squire so suddenly raised to the that if she did not misjudge , she at least untional pride of Germany by meeting ...
Pagina 531
47th Edi- Mayer , though the shortest and least pretention with preface by Dr. Holland . tious , is , at the same time , the most useful Stuttgart ( Cotta ) , 1863 . and succinct of the whole number , serving as 2. Ludwiy Uhland . 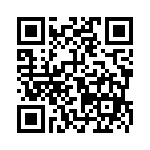