Pagina 131
BY H . E . SKINNER idea that a ship , although utilitarian , another . Tt was in the
early twenties that A . C . Hardy , later to be known as a prolific writer on maritime
affairs , was billed to give a lecture ? with the somewhat grandiose title of : ' The ...
Pagina 132
idea that a ship , although utilitarian , another . Sir Walter Runciman , then should
be a well - designed shape . in his prime , made a handsome profit Maybe they
thought that ships just by selling his fleet to a Cardiff firm came right , like Topsy ...
Pagina 138
A ship is a compromise and , as in “ She looks a bit old - fashioned to life itself ,
payment is extracted in me , sir , ” he replied . one form or another for every This
devastating criticism shook facility provided . For better or for me . I made a vow ... 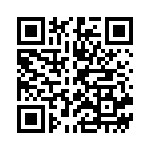