Page 13 - What if free people could live secure in the knowledge that their security did not rest upon the threat of instant US retaliation to deter a Soviet attack, that we could intercept and destroy strategic ballistic missiles before they reached our own soil or that of our allies?
Cité dans 206 livres de 1883 ŕ 2008
Page 43 - England: for wee must Consider that wee shall be as a Citty upon a Hill, the eies of all people are uppon us...
Cité dans 192 livres de 1838 ŕ 2008
Plus
Page 55 - I call upon the scientific community in our country, those who gave us nuclear weapons, to turn their great talents now to the cause of mankind and world peace, to give us the means of rendering these nuclear weapons impotent and obsolete.
Cité dans 190 livres de 1877 ŕ 2008
Page 45 - I dread our own power and our own ambition; I dread our being too much dreaded.
Cité dans 72 livres de 1797 ŕ 2008
Page 7 - Each Party undertakes not to develop, test, or deploy ABM systems or components which are sea-based, air-based, space-based, or mobile landbased.
Cité dans 331 livres de 1880 ŕ 2007
Page 81 - He thought he saw an Argument That proved he was the Pope : He looked again, and found it was A Bar of Mottled Soap.
Cité dans 90 livres de 1893 ŕ 2007
Page 53 - Organization of the Joint Chiefs of Staff, constitute the immediate military staff of the Secretary of Defense. The Joint Chiefs of Staff are the principal military advisers to the President, the National Security Council, and the Secretary of Defense.
Cité dans 322 livres de 1940 ŕ 2007
Page 67 - We project that during the next 15 years the United States most likely will face ICBM threats from Russia, China, and North Korea, probably from Iran, and possibly from Iraq.
Cité dans 22 livres de 1997 ŕ 2008
Page 67 - SLV could deliver a light payload to the United States. In these cases, about two-thirds of the payload mass would be required for the reentry vehicle structure. The remaining mass is probably too light for an early generation nuclear weapon but could deliver biological or chemical (BW/CW) warfare agent. • Most analysts believe that North Korea probably will test a Taepo Dong-2 this year, unless delayed for political reasons.
Cité dans 13 livres de 1997 ŕ 2004
Page 13 - I am directing a comprehensive and intensive effort to define a long-term research and development program to begin to achieve our ultimate goal of eliminating the threat posed by strategic nuclear missiles.
Cité dans 95 livres de 1923 ŕ 2007
Moins

CRAIG EISENDRATH is Senior Fellow with the Center for International Policy, a foreign policy institute in Washington, D.C., and a former U.S. Foreign Service Officer with expertise in nuclear and outer space issues. His articles and commentary on foreign affairs have appeared recently in the Bulletin of Atomic Scientists, The Philadelphia Inquirer, The Baltimore Sun and other publications. He is the editor of National Insecurity: U.S. Intelligence After the Cold War (2000).

MELVIN A. GOODMAN is Professor of National Security at the National War College and Senior Fellow at the Center for International Policy. He is also an adjunct professor at American University and Johns Hopkins University. He was a senior Soviet analyst at the Central Intelligence Agency and the State Department from 1966 to 1986. He has authored three books on Russian foreign policy and is editor of Lessons Learned: The Cold War (2001).

GERALD E. MARSH, a physicist at Argonne National Laboratory, was a consultant to the Office of the Chief of Naval Operations on strategic nuclear policy and technology for many years. He also served with the U.S. START delegation in Geneva and is on the editorial board of the Bulletin of the Atomic Scientists. He is a Fellow of the American Physical Society and has published widely in the areas of weapons technology and foreign policy. 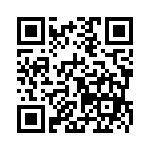