Pagina 184
That unfortunate young man, while on duty, was kidnapped by the Egyptians a
few days before the evacuation. The British troops hunted for him in vain, but on
the day they were leaving were given an assurance that a United Nations officer
...
Pagina 229
Now young Bill , his son , he's a skipper as well ; must have had his ticket seven
or eight year now . He's a bright lad , and he's done very well . Used to be with his
old man in this company , till he decided to strike off on his own and join ...
Pagina 262
The only other person present was Aussie , who with his natural kindliness to the
young , went over and asked “ Wot's the matter , lad , lost yer wages ? " “ Tried tae
hang masel ' , corporal , said the young man , holding out the rifle - sling . 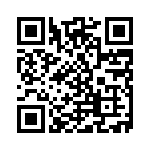