Pagina 25
There was a pony or something on my right now, and soon it decided to pass. I
resisted the impulse to ... Another pony, and another : we came to them, drew up
with them, and passed them, Blenheim and I–just like that. I still didn't believe it ...
Pagina 79
The officer and his men passed inside, completely ignoring the guard, and were
seen, a few minutes later, standing on the flat roof. Shortly.afterwards they moved
easily over to the flagstaff, and the Rising Sun came down with a rush, followed ...
Pagina 347
Passing between two crabbers and trying to keep as far from each as possible,
we ran on to a line of trammel nets. ... In the clear water we could see the rope, as
the ship passed over it, skidding safely along the keel until it reached the prop. 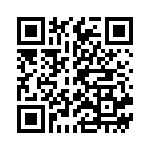