Pagina 83
The style , if not notably distinguished , is pleasant and straightforward and the
photographs , many taken by the author , will give a good idea of the island
landscape . Finally , if anyone should pick up ' Cyprus ' hoping for a different kind
of ...
Pagina 232
Behind him , on the island , he left all his hunters , Russian and Aleut , under their
leader , Yeafeem Popov . Pribylov's arrival at Unalaska , without his hunters and
with a load of fine furs , betrayed his secret . He brought back 2000 sea - otter ...
Pagina 500
The Island — which is in fact a long thin peninsula — lies derelict between a
paddock and the River Ouse . A little brook divides it from the paddock and forms
its northern boundary : the same brook turns sharply after four hundred yards ,
flows ... 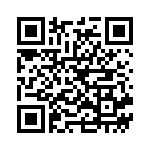