Pagina
well – so that they sounded more like Burgess: 'I feel, ha ha, very much a civilian here, Joshua, me boy.' In addition to which, Napoleon Symphony ('an attemptto unify a mass ofhistorical material in the comparatively brief space of ...
Pagina
The 5.17 from Paddington was delayed, and Professor Richard Ellmann and I had been hanging about on the platform for half an hour, feeling expectant. 'Just think ofallthe famouspeople who've comeup those stairs,' mused Dick, ...
Pagina
It's impossible not to form theimpression that Burgess, whose primary linkwith Lawrenceis that they wereboth egotists, needed to feel embattled –and, aswith Coriolanus, everybody hadtohear about it. There was a great deal of selfseeking ...
Pagina
... as Alex feels himself to be in the play adaptation (1987) of the Kubrick film: 'Traitors and liars,' he screams athis gang. 'Is the whole world fullofnothing butliars and treacherousbrutal vecksthatcall themselves droogs?
Pagina
... and he continuedto sustainhimself throughwork ('The onlyway I canlive with myself,Ifind, is tojustify my being hereatall,and the way of justification isthe wayof work. I feel guilty when Iam not writing, and soIwrite'), ...
Volgende »

Roger Lewis, formerly a Fellow of Wolfson College, Oxford, is the author of numerous biographies including Peter Sellers and Laurence Olivier. He is a prolific literary journalist and lives in London. 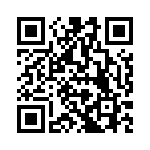