Pagina 65
Thus the Utopia concludes , while not in despair , yet on a note of judicious pessimism , colored by hopes which had been brightest in 1509 , when Henry VIII became king , but which were ebbing while Utopia was being written .
Pagina 141
At the funeral of Henry V , the Duke of Exeter ponders on destructive verses in this wise ( 1 Henry VI , I , I , 25-27 ) : Or shall we think the subtile - witted French Conjurers and sorcerers , that , afraid of him , By magic verses ...
Pagina 204
And thus it hath continued from King Henry VII . hitherto : save that in this time a few broils of the stirred sea , which could not so soop be calmed , by Martin Swarte , Perkin Warbeck , and Simond out of Ireland ' , were somewhat ... 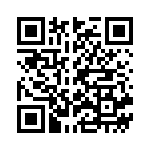