Williamjames Hull Hoffer is an assistant professor of history at Seton Hall University and coeditor of The Abortion Rights Controversy in America: A Legal Reader. 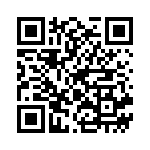