Pagina 316
Professor Huxley you should not say , - believe in this historwould , we believe , if he had answered can- ical revelation of the divine character , of didly , bave replied in the negative to both which the evidence is to many minds ...
Pagina 611
... pointed out , that custom punctual curvet awakens his rider . will make one set of sleepers specially sen- But , in truth , we do not believe in Miss sitive to the sounds they are accustomed Cobbe's distinction at all .
Pagina 636
Museums , we suppose ( great as is lieve in , not to doubt , his fellow - man ; to our personal hatred of them ) , might to believe in truth , honour , and justice , as some small extent make it possible — but veritably existing ... 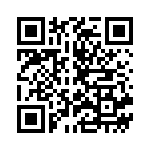