After swearing for years she would never get married, Mandy married in 2000 and to her surprise is very happy. For the past five years she has been a web producer at The Australian Financial Review, as well as a professional writer whose work has appeared in many newspapers and magazines. 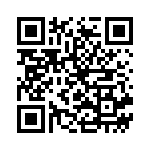