Pagina 328
Were I to quote as the outermost of all , called the Primum here passages from our older literature , Mobile , or First Moved , because the from Anglo - Saxon times to that of Milton , general and all - including diurnal revoluto ...
Pagina 490
The “ plum of Trebisond , " as the World ; while the eastern hemisphere conlaurel was called , arrived with a horse- ferred on the west its apples , pears , and chestnut and other rare trees and shrubs , peaches , with its bread fruit ...
Pagina 497
Oh , he is Well , one day I called to see the old well known in the scientific world . The dame , and with a “ Good morning , aunt , ” whole name of the shell is Catstailium Kit- sat down on one of the four old oak chairs catti . 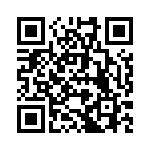