Pagina lix
It may perhaps be expected , that I lou'd say sonicthing of Comedy . But I have
insensibly swell'd this Discourse to a greater Bulk , whan 1 at first dclign'd so that
I shall ouly say in General , that Comedy participates in many things with the ...
Pagina 280
First Aristotle has dehu'd Tragedy and Comedy too , but did not like Mr. Dryden ,
blend things so coulrary in their Nature in one Definition , as Tragedy and
Comedy . He might indeed , well fay , that it was a Defcriprion , rather than a
Definision ...
Pagina 435
might compendiously act a Tragedy and a Comedy together , first a Scene of
Tragedy , and then a scene of Comedy ; but sure Mr. Dryden nor any of his
Opinion wou'd never think this a perfeétion , and fuch a Perfection found out , and
... 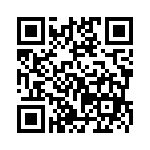