Pagina 34
nations of the Little Entente, especially Czechoslovakia and Rumania, which are
to precede the resumption of normal diplomatic relations. Some opposition to
Russia still exists in Yugoslavia, but it cannot last long. As for Rumania,
Bessarabia ...
Pagina 288
Last February Czechoslovakia, Rumania, and Yugoslavia, the three members of
the Little Entente, agreed to form a solid diplomatic front and to consult each
other on all questions of foreign policy. In September their Permanent Council
met at ...
Pagina 476
Thus Italy again pays lip-service to the revisionist group of powers, — Germany,
Austria, Bulgaria, and Hungary, — but in a show-down lines up with the
supporters of the status quo — France, England, Poland, and the Little Entente.
What is ... 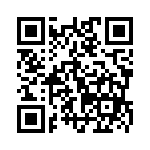