Pagina 266
It was essential , too , that nazism be " The German Faith Movement , ' made a religion , because only by the says one of its spokesmen , “ acknowlunscrupulous abuse of the religious edges only one Lord , Adolf Hitler .
Pagina 267
many led , prayer to Hitler is required of the Every glance at the picture of “ Hitler , children before every meal : my creator , " said a Munich reader , “ releases in me the feelings that deFührer , my Führer , on me by God bestowed ...
Pagina 429
No single group Because of this responsibility , the among the Germans opposed to Hitler Free Germany movement refuses to has done so much intensive work , has submit a definite program . Programs so many adherents in the various ad- ... 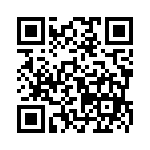