GUY OLIVIER FAURE is a professor of sociology at the Sorbonne University and trains negotiators with UNESCO, the European Union, and the World Trade Organization. He has written or edited fifteen books on negotiation and conflict resolution, including most recently Negotiating with Terrorists: Strategy, Tactics, and Politics. 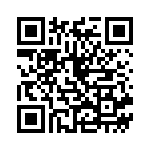