Pagina 61
some woman Lord Monmouth worshipped gold , though if | with the groan of a rebellious Titan , “ How I necessary he could squander it like a calif . hate Sunday ! ” “ Granville ! ” exclaimed Lady He had even a respect for very rich men .
Pagina 174
Reshid Pasha begged himn outbursts of violent anger , however , Lord to put his name to the paper . He still Stratford was one of the kindliest of men . gazed in silence , first at one , then at the Indeed , he was of so notably humane ...
Pagina 823
On April II, 1870, a party, consisting of Lord and Lady Muncaster, Mr. E. H. C. Herbert, Mr. F. G Vyner, and Mr. and Mrs. Lloyd and child, were captured by Greek brigands near the bridge of Pikermes, about a dozen miles from Athens. 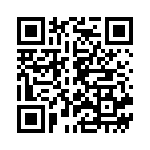