On histories and stories: selected essays

In these seven essays, the British novelist Byatt examines many themes: the historical novel as created by 20th-century English writers, the relations between scholarship and the creation of fiction ... Volledige review lezen

Review: On Histories and Stories

Not used to reading literary criticism but I have long admired AS Byatt. I became totally engrossed in this book and fascinated by many of the writers she cites, some of whom I'm ashamed to say, I ... Volledige review lezen

A.S. Byatt, 1936 - A.S. Byatt was born on August 24, 1936 in Sheffield, England to John Frederick Drabble, a judge, and Kathleen Marie (Bloor) Drabble. She received a B.A. from Newnham College, Cambridge in 1957, did graduate study at Bryn Mawr College from 1957-58 and attended Somerville College, Oxford from 1958-59. In 1959, she married economist Ian Charles Rayner Byatt, with whom she had two children. They divorced in 1969 and she later married Peter John Duffy, and they also had two children. Byatt was a staff member in the extra-mural department at the University of London from 1962-71. From 1968-69, she was also a part-time lecturer in the liberal studies department of the Central School of Art and Design, London. She was a lecturer at University College from 1972-80 and then senior lecturer from 1981-83. She became a full-time writer in 1983. She has also been a member of the British Broadcasting Corp. Social Effects of Television Advisory Group from 1974-77, a member of Communications and Cultural Studies Board of the Council for National Academic Awards in 1978 and a member of Kingman Committee on the Teaching of English from 1987-88. Byatt received the English Speaking Union fellowship in 1957-58, the Fellow of the Royal Society of Literature in 1983, the Silver Pen Award for "Still Life," and the Booker Prize for "Possession: A Romance" in 1990. 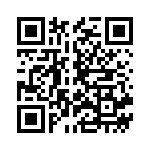