Couching at the Door is an anthology of nine of D. K. Broster’s supernatural tales. The title story, first up in this collection, is not indicative of the author’s usual straightforward style. Here ... Volledige review lezen

Only one duffer in this book for my money, and even then it's less of a duffer and more of a slightly hackneyed attempt at the haunted house story others have done better in the past (plus it has the ... Volledige review lezen

Dorothy Kathleen Broster (2 September 1877 - 7 February 1950), usually known as D. K. Broster, was a British novelist and short-story writer. Educated at Cheltenham Ladies’ College and St Hilda’s College, Oxford (where she was one of the first students), she served as a Red Cross nurse during World War I with a voluntary Franco-American hospital. Broster’s first two novels, Chantemerle: A Romance of the Vendean War (1911) and The Vision Splendid (1913) were co-written with Gertrude Winifred Taylor. Following the war she returned to Oxford where she worked as a secretary to the Regius Professor of History and senior civil servants, and a number of further novels followed, including her best-seller about Scottish history, the Flight of the Heron (1925). 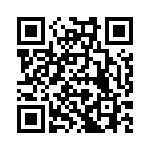