Pagina 118
Naturally he did not think as they did — they thought him a wizard and called him an atheist . Actually , he was probably more of deist , like Sir Walter Ralegh , who retained him — another Oriel man -- to read mathematics with him .
Pagina 153
Few were the Elizabethans who did not believe that the spirits could be called up ; after all , even * for us today ' , there are those who still believe , and all of us , even the unbelieving , could still be given a shiver down the ...
Pagina 171
Lord Burghley called upon Sir Thomas Stanhope to intervene with Southampton's mother , who , poor lady , was willing to do her best , but in vain . The Lord Treasurer then called upon the youth's grandfather , Lord Montague but that was ... 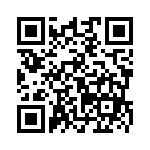