Sara Lodge is Lecturer in English, specializing in 19th-Century Literature, at the University of St. Andrews. 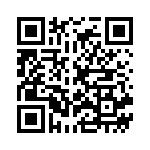