Pagina 4
Portrait - painting in England dates from artist . ” In return for this portrait Holbein
Holbein , who was born , 1495 , and died , carried back the pen - and - ink sketch
, still 1543 . This is rather late , as may be judged in the gallery at Basle , of that ...
Pagina 364
While we in England have been having criminals of the metropolis , aided by
causes dis - a fight over scientific lectures on Sunday evencussed elsewhere ,
proved almost too strong for ing , and some of the friends of such lectures his little
...
Pagina 575
themselves , is as strong on the seas of Europe as the navy of England ? In any
case , it is dangerous to play with fire . . . . The Eastern question may be
adjourned , but it will have to be settled some day in From The Pall Mall Gazette ,
23 Jan ... 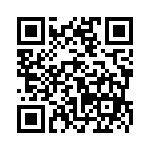