Pagina 144
Now , 1,302,855 trade unionists were represented at the congress , according to Mr. Judge , of its Standing Orders Committee ; while , according to Mr. Ben Tillett , 9,000,000 workmen are at present unorganized ( The Times , September ...
Pagina 242
... and deflected to an extent twice what would follow according to Sir Isaac Newton , but closely agreeing with what had been predicted by Professor Albert Einstein , and in accordance with his theory of relative space .
Pagina 275
According to the Christian theology of the Bible , and all existing Churches , God is the creator and governor of things , necessary to their being , omnipresent to them , but not the immanent subject of which they are attributes ... 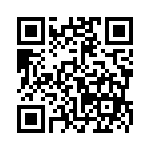