Pagina 99
-When the Gas - man came to himself , the first words he uttered were , “ Where am I ? What is the matter ? ” - “ Nothing is the matter , Tom - you have lost the battle , but you * Scroggins said of the Gas - man , that he thought he ...
Pagina 257
A prejudice appeared to him a matter - of - fact , and he did not think it necessary to assign reasons for a matter - of - fact . That is not my way . He had not bottomed his proposition on proofs , nor rightly defined it .
Pagina 802
Hence the matter - of - factness of their understandings , their tenaciousness of reason or prejudice , their slowness to distinguish , their backwardness to yield , their mechanical improvements , their industry , their courage , their ... 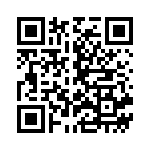