Barbara M. Cooper is Professor of History at Rutgers University. She is author of Marriage in Maradi: Gender and Culture in a Hausa Society in Niger, 1900–1989. 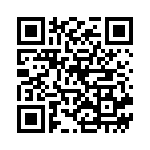