Page 85
Appointed were Archibald McLellan, Allison V. Stewart, John V. Dittemore, Adam
H. Dickey, and James A. Neal, who comprised The Christian Science Board of
Directors, and Josiah E. Fernald, the Administrator de bonis non of the estate.
Page 94
These two were David B. Ogden and Lamont Rowlands, who were appointed on
August 1, 1917. The third member was Herbert W. Eustace, who was appointed
on December 2, 1912. Realizing that the Board of Trustees of the Publishing ...
Page 185
In 1918, Harry I. Hunt was appointed by the Directors to succeed Allison V.
Stewart as publisher of Mrs. Eddy's writings. Being so appointed, Hunt believed
he was directly responsible to the Board. It was an opinion that was accepted,
then ... 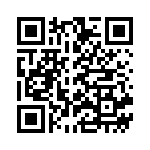