Pagina 110
No sooner had we be drawn over what followed the vanthe line out , however , than we were ishing of these twenty odd pounds of hampered by a rise of weed — that is to lithe and silver bass flesh . Yanni say , thousands of ribbons that ...
Pagina 254
Sword , and , going to the Altar , offer it feeling of the whole ceremony , the there in the scabbard , and then return homage which followed did not yield and sit down in King Edward's Chair : to it a jot in picturesqueness .
Pagina 462
An tance , area , size , numbers , height and arrow means “ Road to be followed , " a weight within twenty - five per cent . of small square plus an arrow signifies the actual dimensions or proportions . " Letter hidden three paces from ... 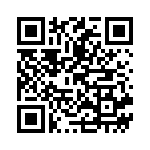