An interesting book about the British riders who have taken place in the Tour de France up to 2005. It covers the earliest riders in the Tour history, and goes up to David Millar just after he was ... Volledige review lezen

William Fotheringham writes for the Guardian and Observer on cycling and rugby. His biography of Tom Simpson, Put Me Back on My Bike, was acclaimed by Velo magazine as 'the best cycling biography ever written'. 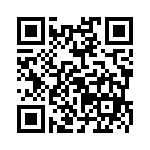