WHAT THE TWILIGHT SAYS

A poet's (poetical) prose about poetry. Walcott's (The Bounty, etc.) humid rhetoric can overwhelm a subject, as when "I try to divert my concentration from that mesmeric gritted oyster of sputum on ... Volledige review lezen

Review: What The Twilight Says: Essays

Derek Walcott's collection of essays What the Twilight Says is an eclectic mixture of reflections on the Caribbean, modern literary giants and an intriguing story set on Martinique. At time the text ... Volledige review lezen 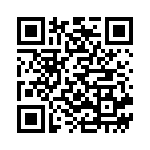