Pagina 304
Near death at one point , she recovered slightly , and it was at this time that my mother began to come see her first at Roosevelt Hospital , then at her home , since eventually Alice insisted on discharging herself .
Pagina 309
My mother was guest of honor . Ray Aghayan , Marlo Thomas , and Barry Tubb were there , of course , as well as Don Fine , Paul Sherman ( my mother's lawyer ) , my brother Mike , and Ann , his wife . I watched the film later on ...
Pagina 312
My mother was sent home and a third hospitalization scheduled for ten days later . This time it was general anesthesia and an abdominal incision ; days later , when she had recovered a little , she wrote under the date of the surgery ... 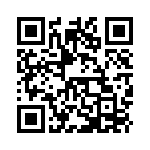