JAMES JAKĂ“B LISZKA is Professor of Philosophy at the University of Alaska Anchorage. He is the author of The Semiotic of Myth and several articles on semiotic and related fields. 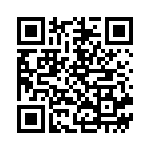