Page 2 - An open policy window is an opportunity for advocates to push their pet solutions or to push attention to their special problems.
Cité dans 23 livres de 1974 ŕ 2007

ROGER HANDBERG is Professor of Political Science at the University of Central Florida. His research has focused on space policy, defense policy, law and courts, both American and comparative, and science policy with regard to public opinion. His work has appeared in five books, 138 articles, and over 130 papers and other published materials. 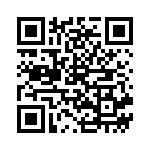