Ian Harrison has researched and written a number of books on subjects ranging from ancient battlefields to modern airports, including three historical books written in conjunction with The Times newspaper. He worked first as a researcher for television documentaries and then in publishing. Television research included entering the weird world of inventors and inventions, hunting for pirate treasure, investigating the two heads of Cromwell and delving into the wit and wisdom of branding. He is author of the hugely successful The Book Of Firsts and The Book Of Inventions for Cassell Illustrated. 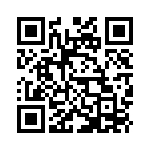