A gathering of well-informed scholars provides a sober, sensible, and fascinating overview of the history of the Rosicrucian movement, still one of the most controversial and least understood byways ... Volledige review lezen

Ralph White is the New York Open Center director of the Institutes Project and editor of "Lapis Magazine. 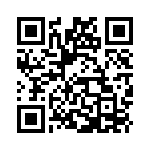