Pagina 164
First , use your opponent's facts to disprove his argument . 2. If this is impossible , disprove or deny the validity of his facts . 3. If both of these fail , shift the ground of the argument , and approach the issue from another point ...
Pagina 217
He was a perfect narrator , and on any peg of fact would quickly hand a fascinating discourse . Often when he was at work on wet specimens while I was dealing with fossils , he would come to me with , say , a fish in each hand , that I ...
Pagina 235
Facts there were , plenty of them , and as a matter of course to be known ; but that wasn't the end . There was something concealed there , in and behind the facts , some problem that concerned humanity at large waiting to be solved . 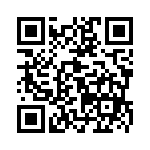