Pagina 44
death , as well as their life , should be made to contribute to the public advantage . If , then , an ox that had killed a man should be kept , men would undoubtedly grow hardened in cruelty by beholding it ; and to eat its flesh ...
Pagina 45
It is not unreasonable that the punishment for the death of a slave should now be set at less than for that of a free - man . As regarded the crime of voluntary murder , there was no distinction between slaves and masters ; but in a ...
Pagina 60
fled ; was filed ; and he shall abide in it moriatur sacerdos magnus qui unctus unto the death of the high priest , est oleo sanctitatis . which was anointed with the holy oil . 26. But if the slayer shall at any 26. 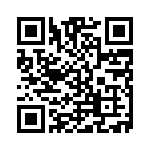