Sean Dennis Cashman is the author of various popular books on American history, most recently the third edition of his classic America in the Gilded Age, also available from NYU Press. 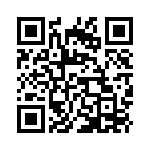