Jan Morris was born in 1926 to a Welsh father and an English mother, and when she is not travelling she lives with her partner in Wales, between the mountains and the sea. Her books include Coronation Everest, Venice, The Pax Britannica Trilogy (Heaven's Command, Pax Britannica, and Farewell the Trumpets), Conundrum, and Trieste and the Meaning of Nowhere. She is also the author of six books about cities and countries, two autobiographical books, and several volumes of collected travel essays. A Writer's World, a collection of her travel writing and reportage from over five decades, was published in 2003. Hav, her novel, was published in a new and expanded form in 2006. 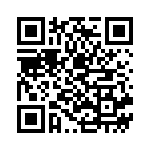