Pagina 7
And It seems admitted that there is a " Jackson majority " he was also more recently elected to fill the vacancy in in Mi uri ; but there is also said to be a decided " antithe present congress , occasioned by the resignation of Van ...
Pagina 118
present arrangements , we think , have a more intimate relation 17th district , Bradford , Susquehannah , Tioga , Potter and Mcio the doctrines concerning nullification than to the political Kean , John Laporte , re elected , majority ...
Pagina 151
D'Woll , Hazard , Tillinghiast , Haile , G. Spencer , Westcott , Cranston Jackson majority in 1832 .. .5,514 and Dorr , and supported by ihe mover and Messrs . Titus and At the spring election Mr. Lawrence's majority was 181 . 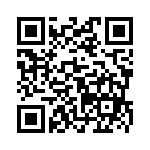