Pagina 27
He would already know how to read and write English , having worked through the alphabet with a hornbook – ' A per se A , B per se B ' and so on to ' & per se & ' , which gives us ampersand . If you knew the ...
Pagina 77
When , in 1587 , Will from Warwickshire arrived , he met the full hogo of an issue that Stratford knew only in stray whiffs from a distance : could the reformed churches of the Germanic - speaking countries survive ?
Pagina 119
One knew not the day nor the hour : the plague raged , earls have died young and fair . And this business of securing the succession obsessed the nobility for another reason : the Queen wás setting such a bad example .

Lively and entertaining account of Shakespeare's life and the astonishing transformation of English drama in the last 10 years of Elizabeth I's reign. Burgess's pace never flags and while much of it ... Volledige review lezen

With a little highly educated guesswork but no invention, with great humor and infinite admiration, the "nth" attempt to recreate the life and society from which the plays and poems stemmed, as well as to lend substance to the shadow of the man. Volledige review lezen

Anthony Burgess was born in 1917 in Manchester, England. He studied language at Xaverian College and Manchester University. He had originally applied for a degree in music, but was unable to pass the entrance exams. Burgess considered himself a composer first, one who later turned to literature. Burgess' first novel, A Vision of Battlements (1964), was based on his experiences serving in the British Army. He is perhaps best known for his novel A Clockwork Orange, which was later made into a movie by Stanley Kubrick. In addition to publishing several works of fiction, Burgess also published literary criticism and a linguistics primer. Some of his other titles include The Pianoplayers, This Man and Music, Enderby, The Kingdom of the Wicked, and Little Wilson and Big God. Burgess was living in Monaco when he died in 1993. 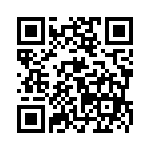