Don Oberdorfer was a diplomatic correspondent for the Washington Post from 1976 until his retirement in 1993. His previous book, Tet!, a history of the crucial battle of the Vietnam War, was a National Book Award finalist. 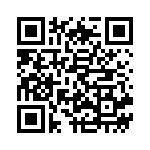