Pagina 66
And the to the house of God , and wept sore ; and tribes of Israel sent men through the tribe said , O God , why should be to - day one of Benjamin , saying , What wickedness is tribe lacking in Israel ? Who is there among this that is ...
Pagina 72
And the messenger answered , Israel And Samuel told him every whit . And he is fled , and there hath been a great slaughsaid , It is the Lord ; let him do what ter , and thy two sons are dead , and the ark seemeth him good .
Pagina 114
And the king of Israel anyoke of oxen before him , and he with the swered , Tell him , Let not him that girdeth twelfth : and Elijah passed by him , and on his harness boast himself as he that cast his mantle upon him . 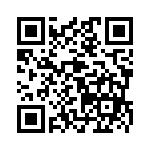