Pagina 303
Identification does not involve making any letter and sound connections and , in
this stage , connections are made by visual cues ( Ehri , 2005 ) . In the partial
alphabetic stage , the reader has learned that letters and sounds are related (
Chard ...
Pagina 304
black marker or colored paper and are placed under the initial letter of the word (
Hall & Cunningham , 1999 ) . Students practice new and old words each day by
looking at them , saying them , clapping , chanting , snapping the letters , writing ...
Pagina 308
During the one 40 - minute station work , students completed Letters in Words ,
Letters in My First Name , and Words in ABC order . The third week , students
continued with their station work once a week and whole group instruction three ... 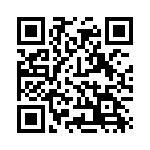