Pagina 157
... one shall be given - Millamant's enumeration of the terms on which she consents , after infinite delay , to be the wife of Mirabell : Mrs. Millamant : I won't be called names after I'm married ; positively I won't be called names .
Pagina 180
He contributed to a commercial paper called Mercator , a monthly paper called the Mercurius Politicus , and a quarto - sheet appearing three times a week , called The Whitehall Evening Post . As late as 1728 , he was projecting a ...
Pagina 202
Tis all fancy , an ' please your honour , I fought just as well , replied the corporal , when the regiment called me Trim , as when they called me James Butler . -And for my own part , said my uncle Toby , though I should blush to boast ... 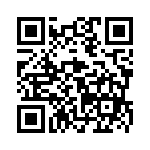