Page 10
Unfortunately for Mr. Stimson, the Soviet troops had retired across the border
before his note was delivered. Marshal Chang, realising the convincing logic of
Red Army strength, had accepted the Russian terms on December 3. The Soviet
...
Page 226
If, therefore, Finland saw danger in British efforts to obtain Soviet support, her
opinion was respected, and British policy resented. When the Soviet Government
brought pressure to bear on Finland early in October 1939 to make her sign one
of ...
Page 342
Some $50,000,000 Soviet assets were, however, unfrozen (June 24), machine
tools for which licenses had been refused when Russia was still furnishing
Germany with supplies were released for export and the Neutrality Act was not
invoked, ... 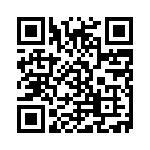