Harold Mah is Professor of History at Queen's University, Canada. He is the author of The End of Philosophy, The Origin of Ideology: Karl Marx and the Crisis of the Young Hegelians. 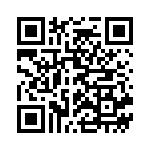