Pagina 91
... which it was attended could be heard , the rushing sound of a cannon - ball passed over Balmawhapple's head , and the bullet , burying itself in the ground at a few yards ' distance , covered him with the earth which it drove up .
Pagina 287
“ While this small army was out in a body on the 29th December , upon a riseing ground to the northward of Penrith , passing review , Mons . de Cluny , with his tribe , was ordered to the Bridge of Clifton , about a mile to southward of ...
Pagina 358
With such discourse , and the intervening topics of business , the time passed until dinner , Macwheeble meanwhile promising to devise some mode of introducing Edward at the Duchran , where Rose at present resided , without risk of ... 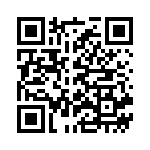