Bernard Nesfield-Cookson has led a varied professional life as a businessman, school teacher, lecturer, and writer. Most recently, he was principal of Hawkwood College, an independent center for adult education in Gloucestershire. He is the author of Michael and the Two-Horned Beast and William Blake: Prophet of Universal Brotherhood. 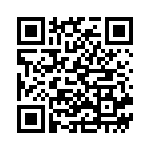